Anneli Jennersjo Lundberg from CKH IOD, new member of the Executive Board 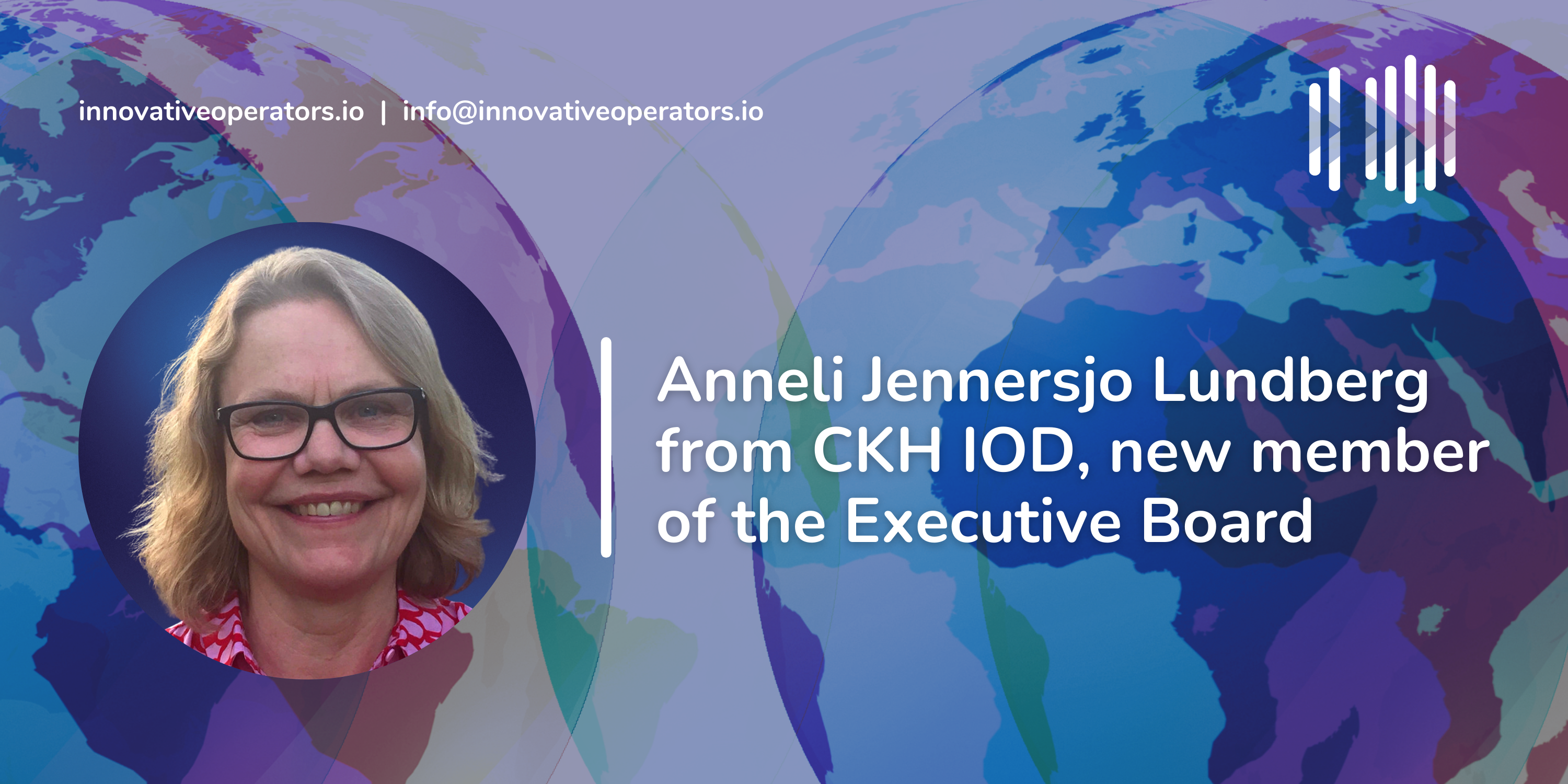 Anneli Jennersjo Lundberg from CKH IOD, new member of the Executive Board

Ahead of the first meeting of the Executive Board of IO in Malaga, IO is pleased to announce Anneli Jennersjo Lundberg, Director of International Carrier Services at CKH IOD, as the new member of the Executive Board. CKH IOD is one of the MNOs Founding Members of IO, next to AT&T, MTN GlobalConnect, and other MNOs that will be announced soon.

Since the launch of IO in April 2021, the non-profit member organisation has focused on Roaming and Interconnect, receiving great recognition from the industry through mobile operator engagement. Roaming Projects that previously lacked focus and collaboration are now better equipped through IO labs. IO Labs has helped numerous operators to increase their awareness, be more in tune and further engage in promoting and prioritising significant roaming projects.

“With a passion for continuous improvement and exceeding on customer requirements, it is an honour to be part of and contribute to an industry organisation that believes in driving positive change. I believe that the roaming landscape needs to take a leap in development through an even closer, more focused cooperation between network operators.  I am convinced that the key is to learn from each other and from other industries, to be unique through innovation in ‘our space’ and to be smart by (re-)using solutions already available even if ‘not invented here’. I am looking forward to leveraging my experience from telco and other industries in order to support this happening.”

Anneli is a senior management leader with over 20 years’ experience in the telecommunications industry. Before joining the telecoms industry, Anneli spent 10 years working in the automotive, agricultural and defence industries, as well as working for the UN in Geneva. Her roles revolved around the procurement and process side of the business, including the early adoption of IoT-like applications in the agricultural business.

Her passion for commercial and technology then took her into the telecoms arena, where she has remained and has held senior posts in regulation, procurement and wholesale interconnection & roaming. Following a sting at Telenordia, an early challenger in Sweden in its time, Anneli then moved into consultancy, involved in industry qualitative & quantitative analysis during the dotcom boom.

Missing the buzz of the telecoms industry, in 2001 Anneli took on the role of Head of Carrier Business for the Danish & Swedish CK Hutchison 3 mobile business, accountable for the commercial and operational aspects of wholesale interconnection and roaming. During her 10+ years in the role, roaming became a key driver in the retail and wholesale proposition space. In 2016 Anneli took on the additional role of International Roaming Director for the Hutchison Group, overseeing the coordination of the roaming business across the multiple Hutchison mobile entities. With the continued growth and importance of international roaming, both as a proposition in its own right, but as an enabler for the wider industry (IoT, MVNO, Enterprise etc.), Anneli was appointed as Group Director, International Carrier Business, part of a team tasked to create a single central CKH Hutchison entity (CKH IOD); leading and directly managing, owning and being accountable for the roaming and carrier wholesale partnerships and commercial strategy.

IO brings together Mobile Operators from around the world to review best practice in International Roaming and Interconnect. Having established its member organisation in 2021, IO seeks to support the industry with workshops where mobile operators exchange best practice, IO trainings and insights which assist Mobile Operators in strategic decision making and to seek new opportunities amidst a challenging and disruptive communications environment.